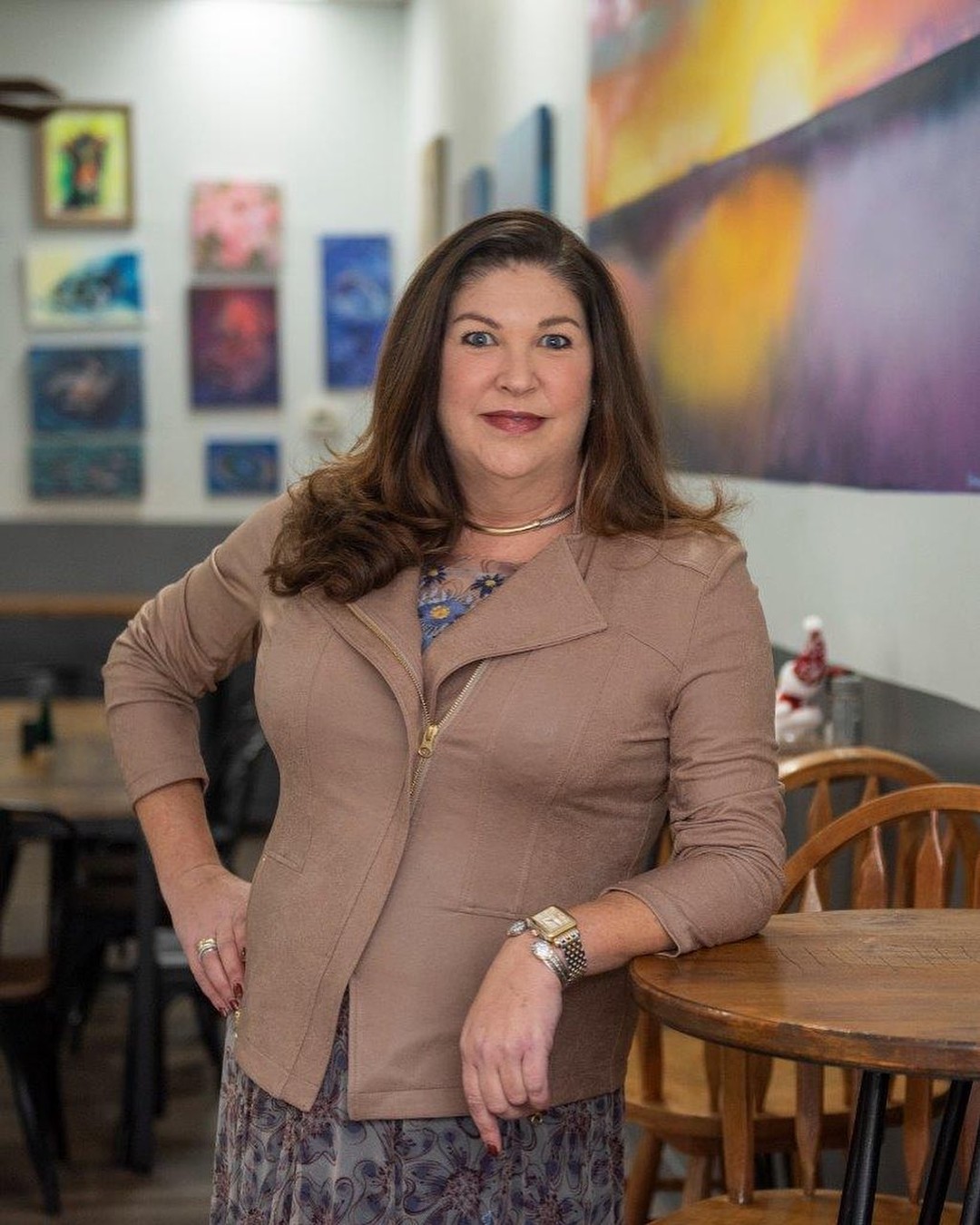 Tech-and-media savvy with a background in economic development, a Brunswick County commercial realtor has a new post on her resume

Taking the reins of Realtors Commercial Alliance Southeast North Carolina (RCA) in November last year, Kelly L. Stuart has the challenge of expanding the RCA’s membership as well as helping property and business owners to discern the differences in commercial and residential real estate.

It’s a challenge she’s well suited to, having spent most of her career in economic development on a private and government level.

The Raleigh native went to work straight out of high school where she had been heavily involved with YMCA programs in the day when you could walk around by yourself on Hillsborough Street and be safe.

“I grew up at the bottom of a cul de sac on a street with kids my age; we walked to the bus stop at the top of the hill. I could walk to my elementary school. It was a very normal almost small-town childhood,” she shares. At the end of the school day, she went to the Y’s day camp.

“It was awesome,” she exclaims, her enthusiasm opening the opportunity to be a counselor’s aid in 6th grade and a leadership trainee when she was 15. By 16 she was a counselor at youth camp. She also swam competitively in the butterfly where she accomplished an Olympic qualifying time. In summer camp she was a pool chief. After she began working at age 15, she served as a lifeguard at Camps Seagull and Seafarer during weekend family camps in Pamlico County.

After high school, Stuart went to college, but the money quickly ran out so she went back to work.

When she was 22, her father, David Stuart, founded an economic development consulting firm. “The more work he got, the more he was away from the office. People needed stuff.” She stepped in and not only answered the phone, but learned how to do digital presentations, mastered a database software, and provided marketing materials needed by clients. She joined him full time and became the person who traveled all over North Carolina to their clients who were mostly economic development organizations.

“I would install computers to replace typewriters, then I would teach computer school: ‘This is where the power button is; this is how to get the Internet.’ We’d spend a day on PowerPoint and a day on contact management. That’s how I got my start in economic development.”

The next several years she worked for numerous organizations, almost all of them her previous clients. She’s worked for NC Global TransPark Authority as Deputy Director of Development, Northern Kentucky Tri-ED in the Cincinnati Metro, then similar organizations in Richmond and Martinsville, Virginia. After a short break living in Ocean Isle, she was VP Client Development of Piedmont Triad Partnership, Director of Business Development for Myrtle Beach Regional Economic Development Corporation, then Assistant Director for Brunswick County Economic Development.

When that organization dissolved, she was determined to stop moving (17 times since 2000). Her father was in commercial brokerage by this time, so she earned the North Carolina Real Estate Commission license in 2016 and began working for a local brokerage to get general experience. “I’ve always done his marketing, always helped him on the side.”

“When you work in economic development, the only thing you have to sell is the site or building. I was selling commercial real estate all those years on an industrial scale. My job now is to figure out what my product is then go find the people we want to put into it based on our labor force. That’s all I do now. What is my product? Do I have a shopping center, a grocery anchor, a half-acre piece of dirt? What is the end user I want to see there? Then I go out and get them. I don’t wait for people to call me.”

Her understanding of the marketing side drew her deeper into RCA where she worked with the brand development committee to update their recruitment materials. “I knew how to build websites. I was able to help.”

Being part of the 400-member RCA gives brokers access to a larger geographic area than the home market, she said. “In a world of commercial real estate, most of the deals that are done are because I know a commercial broker that knows a guy who needs what I have. A lot of deals are done without anything ever hitting the market. I find a lot of value by being in the room with the people who do the same thing I do.”

Bringing more people into the organization is one of Stuart’s goals as president. To do so they’re introducing brokers to RCA and the tools it makes available. “It gives [brokers] access to the state’s commercial multiple listing service. That’s important because if your commercial property is not in the NC MLS, you’re marketing it to people who are shopping for a house.” The NC commercial MLS, called Catalyst, feeds directly into the commercial exchange which is global, she said. “So, for $50 a month you can have the same exposure you get on LoopNet for thousands per year. The value is enormous. Commercial real estate is not done on a local level. Most of what I work with is small business, but the interest is from people who want to come here. You have to make sure they know what you have to offer, or they won’t call to buy.”

As devoted as she is to building RCA and her company, Stuart looks forward to the days when her business is self-sustaining, and she can once again travel. Her years in economic development took her across the country and abroad on business, something she thoroughly enjoyed.

“I miss travel. I would love to go to the beach more. I miss the opportunity to immerse in other cultures and food. I just got back from New York City for NAR, and it was awesome. I used to shop in Atlanta, Chicago and Dallas. Now it’s Costco,” she quips, adding, “I used to belong to Rotary, but not now. My commitment to RCA is all I can commit to: Three years as president elect, president and past president.”

For more information on RCA, go to rcasenc.com